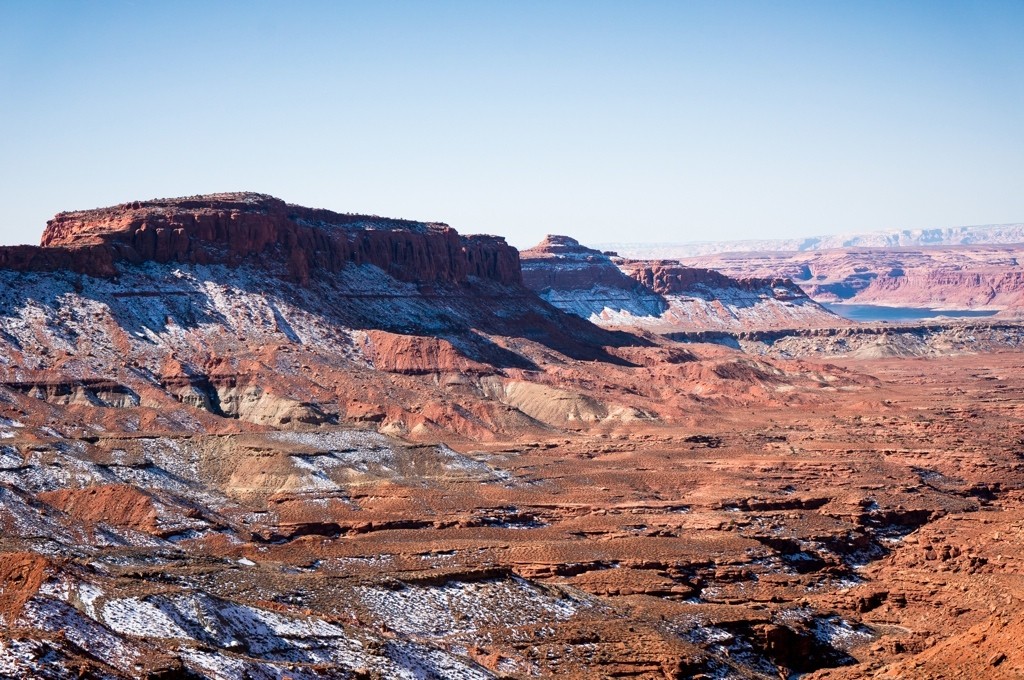 The weekend of 15 Feb 13, Tracy and I finally got out of the house.  Winter had been terrible: really cold and snowy for nearly two months.  We had spent too much money going to Vegas on Thanksgiving and going to Yellowstone in January, so we spent time at home during the bad weather trying to recuperate.  This led to some nasty cabin fever by mid-February.  So, for the long weekend, I planned to head out to Mancos Mesa near Lake Powell for two nights of backpacking.  When we got to Hanksville on Friday night, though, it was really, really cold.  The NOAA snow models showed snow down there, but there wasn’t any snow…but it was still really cold.  So we got up on Saturday and decided to just do one night of backpacking on Sunday night, and to dayhike on Saturday.  So we headed south on Highway 95.  We made it to the Blue Notch Road and decided to check it out.  We drove a mile or so until the snow and mud on the road got too bad, and then we got out and walked.  The views from the top of the notch over towards Lake Powell were really nice, and I would like to explore this road more.  We hiked down to the valley, where we were standing when a big boulder fell off of the moutain behind us.  It was cool hearing the crash of the boulder and seeing the big dust cloud from it falling.

We then headed back to the truck to head to the trailhead at Mancos Mesa.  Once we started down the road, I noticed that the oil pressure gauge was pegged all the way up.  Checking out the manual didn’t help me know whether this was a really bad thing or not, and we were over an hour and a half from the closest cell phone signal, with the plan to get even further away.  This bothered me.  So we headed to Blanding to try to figure out the problem.  After nearly two hours, we made it to Blanding and called Nissan.  They said it was probably just a sensor and I would be fine.  I still tried to find a mechanic, but couldn’t find anything open on a Saturday in Blanding or Monticello.  We decided that since we had driven so far from Mancos Mesa, and the truck was still iffy, that we would stay closer to towns, rather than heading back out into the desert.  So we headed to the Needles in Canyonlands.  We camped Saturday night and got up Sunday to hike around the Needles.

There was some snow in Canyonlands, but we headed up Big Spring Canyon.  We planned to do a loop up Big Spring and down Squaw Canyon, but there was too much snow on the slickrock between the canyons, so we just did an out and back.  The hike was really nice, though.  We had the trail completely to ourselves, and it warmed up nicely later in the morning.  Big Spring wasn’t as pretty as Squaw, but it was still nice.  And, mostly, it was just nice to be outside.  We then headed into Moab for the night and then headed home on Monday morning.  It turns out that it was just a bad sensor on the truck…but I’m starting to seriously think about getting a new car. 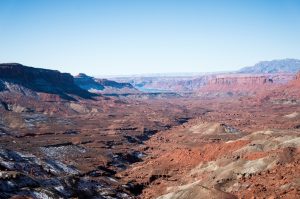 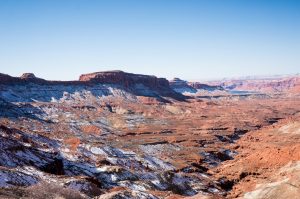 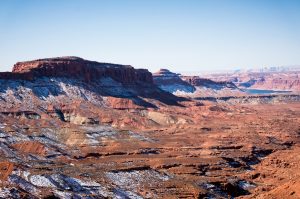 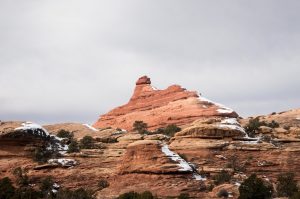 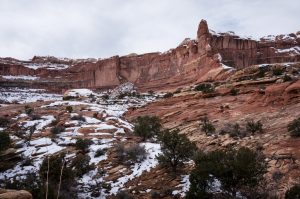 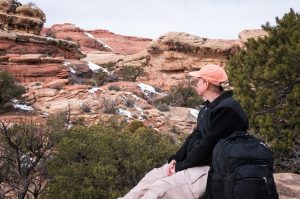 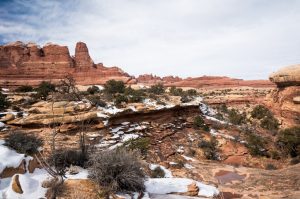 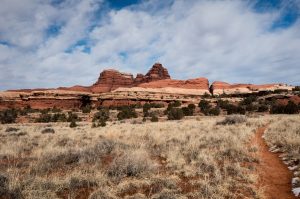 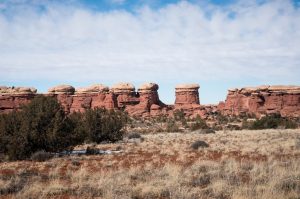 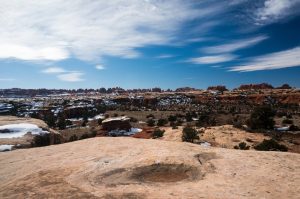 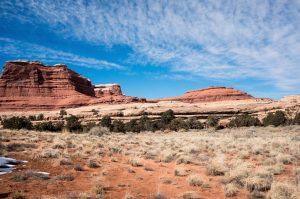