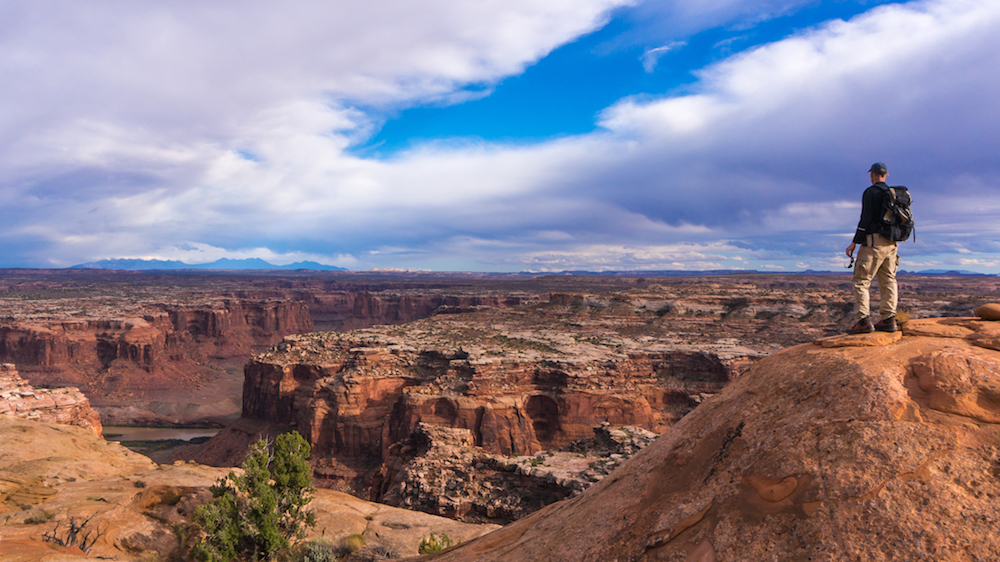 When I first started doing serious backpacking, my grandparents couldn’t understand the appeal.  My grandmother constantly worried that I would be eaten by a bear, and my grandfather thought all of my stories sounded like too much work.  And over the years since then, I have struggled to explain to others why I would subject myself to thunderstorms and freezing temperatures and steep ascents and wild predators and raging rivers and weeks without a shower.  I mean, yeah, if you think about backpacking in those terms, it does sound like a lot of work and unpleasant challenges.

But I don’t venture into the wilderness because I’m a thrill junky or a masochist.  Yeah, there are dangers, and, yeah, it can be tough sometimes, but that is just the price of admittance to the rewards that can be found in the backcountry.

When I try to explain all of the great things I’ve experienced in the wilderness to people who have never spent a week struggling through trail-less alpine majesty, my eyes glaze over and stare to an unseen horizon, I struggle to find the right words, and I usually just trail off and shrug my shoulders.  And I know that I don’t have the words to describe the magical moments I have found in the backcountry.

But I’d like to give it a shot right now.  I know that my words won’t do justice to the experiences, but at least maybe I can help you explain to your grandmother why you want to disappear into the mountains.  Or maybe I can inspire you to have faith that backpacking is worth the effort.

So, here’s a list of some of the most magical moments I have experienced in the backcountry:

This list could continue for many more pages.  I am reminded of the first time Tracy and I experienced the eruption of a backcountry geyser in Yellowstone all by ourselves…it was awe inspiring to realize we were standing on top of a volcano that could send the entire planet into catastrophe…and the geyser was such a beautiful symbol of that power.  And I recall spending two weeks in the immense, endless, humbling Brooks Range of northern Alaska.  Words will never be able to describe how large this wilderness truly is and how small it can make you feel.  I had never experienced true insignificance before, and this mountain range made me feel like I was truly a tiny speck on a very, very large planet.  And the immensity was emphasized when we spent nine days without seeing another single human being.

And I could go on and on.

But I hope I’ve given you an idea of why the pain and hardships are worth the rewards.  I hope I’ve helped explain the beauty that can be found in the remote wilderness areas.  I hope I’ve inspired you to get out there and find your own magical moments.  I hope I’ve given you something you can use to calm your grandmother’s fears.  I hope these stories can help you explain to your friends and family and co-workers why you endure the challenges of the backcountry when they look at you like you’re crazy.

But, better yet…don’t try to explain it to them: take them out there…let them experience a magical moment for themselves.