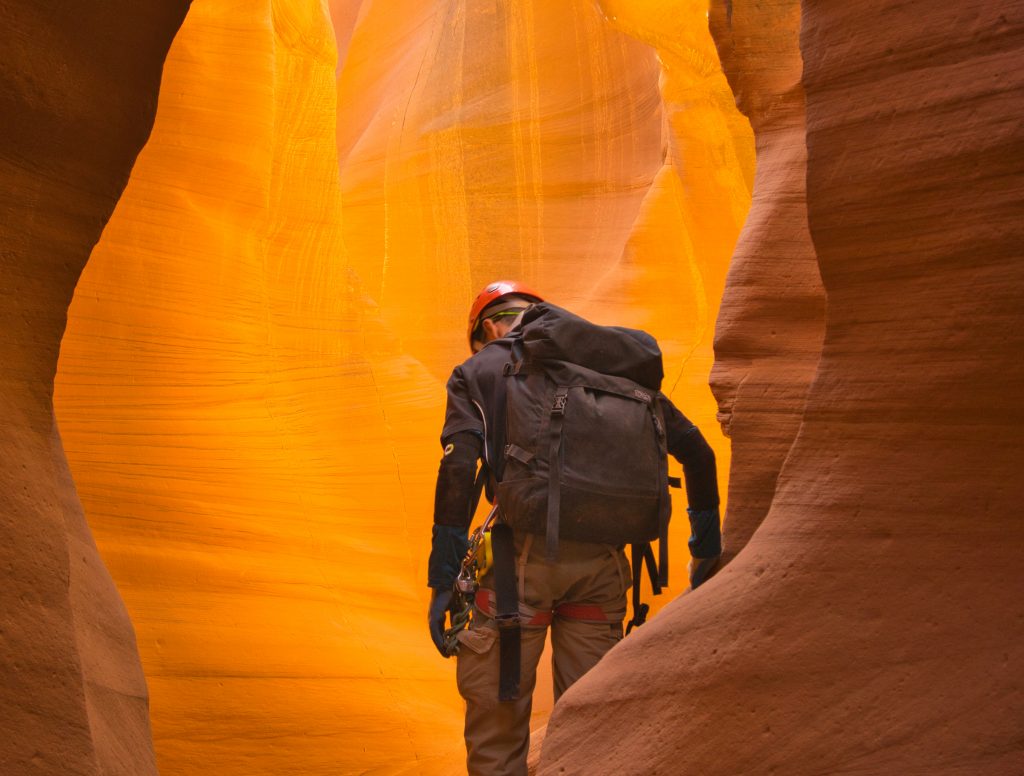 We did our annual canyoneering trip to southern Utah in October 2019.

For this trip, Layne, Zach, and I added Aaron for his first trip to the canyons of southern Utah.  I drove here a week earlier for a trip in Colorado, and then Aaron and Zach flew to Grand Junction, and Layne drove his 1956 (I think) Honda Civic from Alabama to meet us.

The plan for this trip was to hit the highlight canyons of our past trips to the Hanksville area, so that next year we could move to a new area.

We camped the first night, Saturday, October 5, at Keg Knoll.  Since Aaron had never been here, I wanted to start off with a bang, so we took him to the beautiful views at Keg Knoll.  We hiked out to Colonnade Arch and showed him the Dragon Teeth formations.  This place really has incredible views.  And camp that night was outstanding. As always, at the last minute we changed the carefully considered plan, and headed out to High Spur.  This is a long, tough drive, but we made it with little drama.  Layne even made it in his Civic…although it took him considerably longer than it took us in the 4Runner.

We then headed down the Northwest Fork of Big Spring Canyon.  This is a great starter canyon, and it was a good way to get Aaron familiar with the skills.

We camped at the trailhead for Big Spring, and got up the next morning to head into High Spur.  Layne and I drove his mountain bike to the exit point of the canyon, and then drove back to start this wonderful canyon.  As always, this canyon was great.  The final rappel is big and a little awkward at the beginning, but it’s beautiful.  The hike out of the canyon is a bit of a slog, but it’s not too bad.  Luckily, with Layne’s bike at the top, we were able to send him off to get my truck, while the rest of us relaxed and ambled towards the trailhead.  Layne actually made it back pretty fast, so we loaded up into the truck and began the long drive out of High Spur.

From there we drove to our familiar campsite at the head of Larry Canyon.  Aaron’s brother, Evan, showed up at night to join us for the rest of the trip.

We got up the next morning and drove Evan’s car to the exit point of the canyon, then came back and headed down canyon.  We remembered Larry’s as being a really tough canyon.  But with the experience we’ve acquired since then, it wasn’t nearly as hard this time around.  It was a whole lot of fun, and this canyon remains a highlight of the Robber’s Roost area.  The hike out is definitely a slog, as it’s a pretty long walk from the final rappel to the start of the climb out.  And then the climb out is pretty exposed and feels sketchy, but we’ve never had any problems.  It was definitely easier without the howling winds we had the last time.  Once on top, we just got in Evan’s car and headed back to the trailhead.

After Larry, we headed to Hanksville.  I wanted some relaxing time, so I had the guys drop me off in Hanksville, where I got a hotel for the night, while they headed to North Wash. For the next two days, they did several canyons in North Wash and reported having a blast, while I hung out with a friend who met me out there.

I met the guys in Leprechaun on Friday the 11th, and then we headed out to do Knotted Rope Canyon in the San Rafael Swell.  I wanted to try my hand at a canyon with potholes, and this was the one I chose.  Layne took it slow to get his car down there, and we found a campsite not far from the start of the canyon.

We got up the next morning, though, and it was cold.  Really cold.  And even though we had our wetsuits, we weren’t too eager to get wet.  Also, we were going to start the drive back home after exiting the canyon, and we didn’t want to be wet and muddy for the long drive.  So we chickened out and decided to pack up and start the long drive back to Alabama.

This was another great trip, and I’ve continued to learn how good the desert can be for your soul.  It’s so relaxing…it’s so beautiful…it’s so peaceful…it’s so challenging…it’s so remote…it’s so…everything.  I am so happy in the desert.  With views that stretch for hundreds of miles, and mindbogglingly dark skies at night.  I simply cannot get enough of the desert in the crisp fall air.

But we’re probably done with Robber’s Roost and North Wash for awhile, and the plan next year is to check out Escalante. 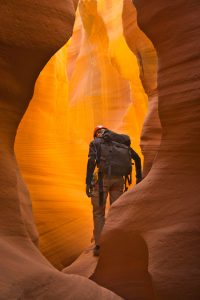 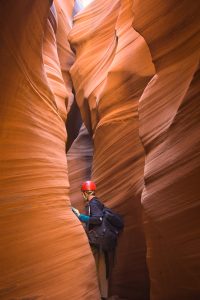 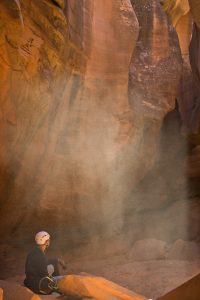 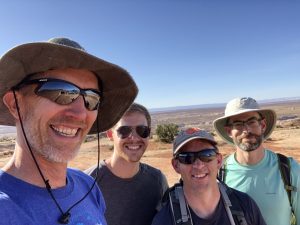 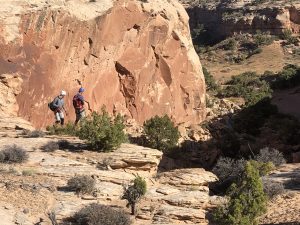 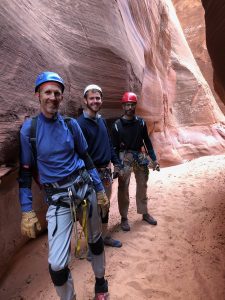 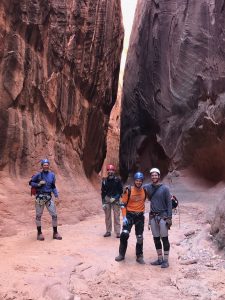 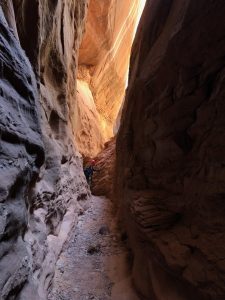 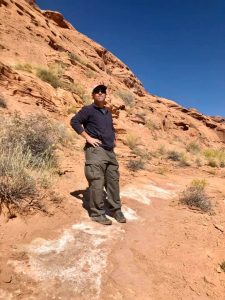