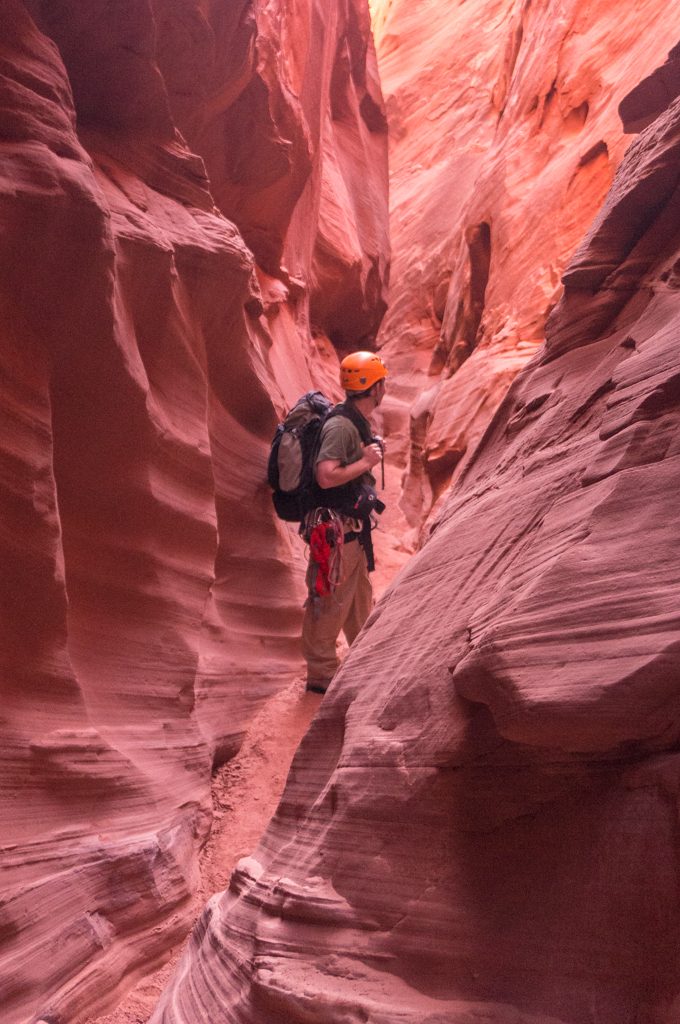 The second week of November 2015, Layne and I took our first canyoneering trip to southern Utah.  It was a little late in the season, but I had my comp exams for my Master’s degree in October, so we had to wait until I was done with those.  But we really wanted to take a technical canyoneering trip, so we headed out on November 8th to explore the canyons around North Wash.

We drove my truck from Alabama, which, of course, is a horrible thing to have to do.  We drove straight through, and arrived in North Wash about noon on Monday the 9th.  We were dead tired, but the canyons were enticing, so we parked and hiked up the slickrock to descend the Left Fork of Blarney Canyon.  We had both been in technical canyons before, but this was our first time in a really good technical canyon, so we were a little anxious.  But the sky was clear, and the canyon was outstanding.  We didn’t have any trouble navigating to the top of the canyon, and soon we were wearing our technical gear and headed down the canyon. This was a great canyon to start the trip.  The rappels aren’t too tough, but they’re good enough to get you warmed up for a week of canyoneering, and we thoroughly enjoyed this canyon.

We made it down and out without any problems, and headed to Burr Point for a beautiful campsite.

The next day dawned and the clouds looked heavy with rain.  A check of the forecast confirmed that rain would be a risk that day, so we decided to stay out of the canyons.  We drove around, exploring around near Ticaboo and Hanksville.  We ended up in Hanksville for the night, and stayed in a hotel.

It was quite cold when we got up on the 11th, but he packed up and headed to Baptist Draw.  There was snow on the ground, but we headed down the canyon.  The hike into the canyon was nice, but when we arrived at the first rappel, we found a deep pool of water at the bottom.  It was really cold, and I had memories of the episode of I Shouldn’t Be Alive in which a guy nearly died from falling in this canyon during the winter.  We hadn’t thought to bring our wetsuits on this trip, either, so this was not a very good idea.  We decided to backtrack and hike to the exit we planned to use on Chute Canyon and hike down canyon as far as we could in Chute.  The hike above Baptist and up canyon above Chute was really pretty, with great views of the San Rafael Swell.  We found the exit route and hiked down to the bottom of Chute.  Unfortunately, we quickly encountered more water, so we weren’t able to get far.  We then retreated back to the truck, and just enjoyed the wonderful hike in the Swell. We then drove out into Robber’s Roost and made camp at the wonderful Keg Knoll.

We got up the next morning and headed to Little Blue John Canyon.  This was a really fun canyon, and we were happy to do another technical canyon that wasn’t too tough.  The route back to the car was a long hike across the desert, but I love it…I can’t get enough of hiking across the southern Utah desert, with its solitude, slickrock views, and total silence.

It was snowy again, so we headed back into Hanksville for the night.  The next day we headed to the East (Right) Fork of Leprechaun Canyon.  This was a really fun canyon with some good hiking to get to the top, and some very narrow slots.  I really enjoyed this canyon, and would like to do it again.  That night we camped at a site I had used before just above North Wash.

The next day we headed back down to North Wash and did the Left (West) Fork of Shillelagh Canyon.  This was a fun canyon because it had a bigger rappel than we had done before, and it was really pretty.  We did have some drama in this canyon, though.  We had already done all of the rappels and pulled our rope, and we were almost out of the canyon.  Layne was ahead of me and I heard him yell, “Holy cow!”  I knew we were done with the technical stuff, so I thought he just saw something pretty.  As I rounded a bend in the canyon, though, I saw Layne standing above a short drop, and three live cows standing in the canyon below him.  Unfortunately, the cows were stuck.  The canyon was too narrow for them to turn around, and they weren’t smart enough to back-up.  Layne tried to coerce them backwards for awhile, but it just managed to scare them more.  Layne wanted to try to walk on top of them, but I knew that would be suicidal if he fell off.  The canyon walls were completely vertical where we were, but I thought I remembered a spot where we might be able to climb above the slot.  We backtracked about 15 minutes, and we found a spot where the canyon walls sloped down to the canyon floor.  We climbed up on the slickrock above the floor, and managed to bypass the cows.  We found a spot for an easy downclimb back into the canyon at the confluence with another canyon, and we easily hiked out.

We drove back to Hanksville, called the sheriff’s department, and they provided information for the owner of the cows.  We contacted him and told him what we had seen.  He called back later and said they had found five cows up the canyon altogether, and they had been able to rescue four of them.  So, that was a good thing.

But this was our last canyon of the trip, and we started the long drive back to Alabama.

This was an outstanding trip.  It’s tough to drive that far, and we were there too late in the season for good weather, but the weather was great for the days we were in the canyons.  And the canyons were beautiful.  This trip really hooked me for technical canyons.  I had never had a partner for technical canyons, and this gave me a chance to see what these canyons looks like.  And they were beautiful.  They can be tough and tiring and nerve-wracking and cold and hot…but the challenge is part of what makes them great.

It is likely we will continue making an annual trip to Utah for canyoneering…I do love the desert. 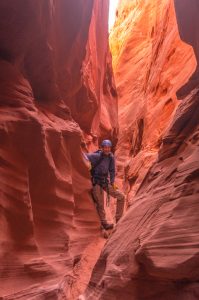 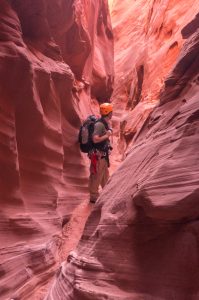 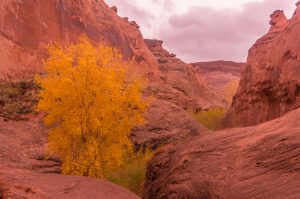 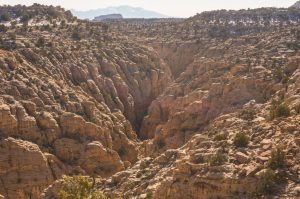 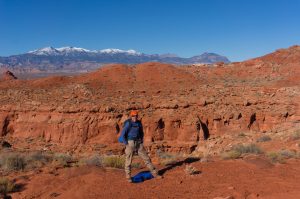 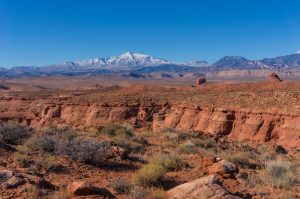 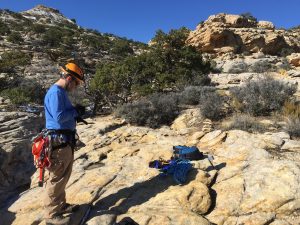 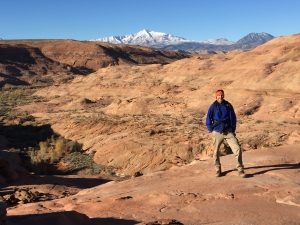 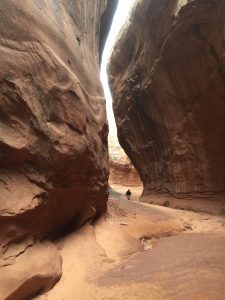 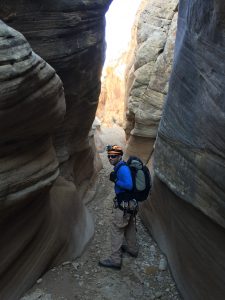 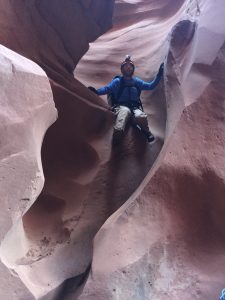 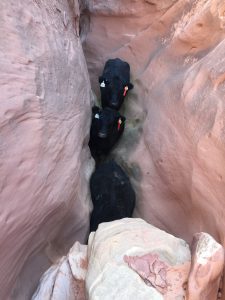