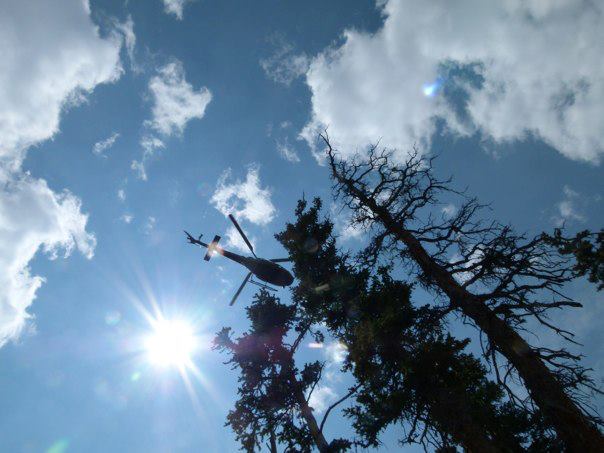 Gathering data for the National Forests and State Forests was considerably more difficult, and the data for those locations may not be as complete. In order to gather that information, I created Google News searches involving the following keywords: hiker, dies, killed, lost, and search and rescue. I am confident, however, that I captured the vast majority of backcountry deaths in these locations.

It is important to note that I only gathered information for the United States.

As you can see in the following pages, falling was far and away the number one cause of death in the backcountry in 2010.

I’ve been told that it only stands to reason that the majority of deaths would be a result of falling. However, it is important to note two things: 1) There are a whole lot of other causes of death besides falling, suggesting there are still a lot of other ways to get killed in the backcountry. In fact, you’re more likely to die from some other cause than falling, but falling is the single most likely cause of death. 2) Most of the falling deaths do not come from rock climbers. Admittedly, some of the falling deaths are from climbers who almost have no other way of dying in the backcountry, but the majority of the falling deaths come from hikers.

This leads to one important conclusion for me: be careful. I have tried to traverse ledges and rocks that were definitely unsafe, and now I am far more aware of the dangers of gravity in the backcountry. The fact is, you may fall down a short drop-off without the fall killing you, but if you can’t walk out because you’ve broken your legs, then you may die there.

There are a few questions that arise when looking at these statistics. For starters, the second most common cause of death is “Lost”. This category is complicated because the people could have died from any of the other causes, but they were never found, so we can’t know what actually killed them. So the “Lost” category simply means that the people disappeared and their cause of death is unknown. And then there is also an “Unknown” category. This category applies to people who were in the backcountry alone, then they were found, but their cause of death wasn’t obvious. There were only a few of these, and most of them were suspected to be Falls. But since the news reports indicated that the investigators were not positive of the cause of death, I categorized them as “Unknown.”

I want to also make note of the fact that these statistics represent real people. I don’t intend to minimize the tragedy that each of these people, their families, and their friends have endured as a result of these events. I think it’s important that we all remember that this could happen to any of us on any trip. Sometimes, no amount of preparation, skills, gear, or experience will keep you alive in the backcountry. Sometimes it’s just a perfect storm that leads to a death in the backcountry. Therefore, I do not want to minimize the individual tragedies found in these statistics, nor do I want to place blame on any of the individuals. Instead, I hope to gather just a little bit of information that will help me recognize risks when I encounter them.

Anyway, I hope these statistics are useful to others. Gathering the information has certainly made me more sensitive to the risks I undertake when I go into the backcountry.