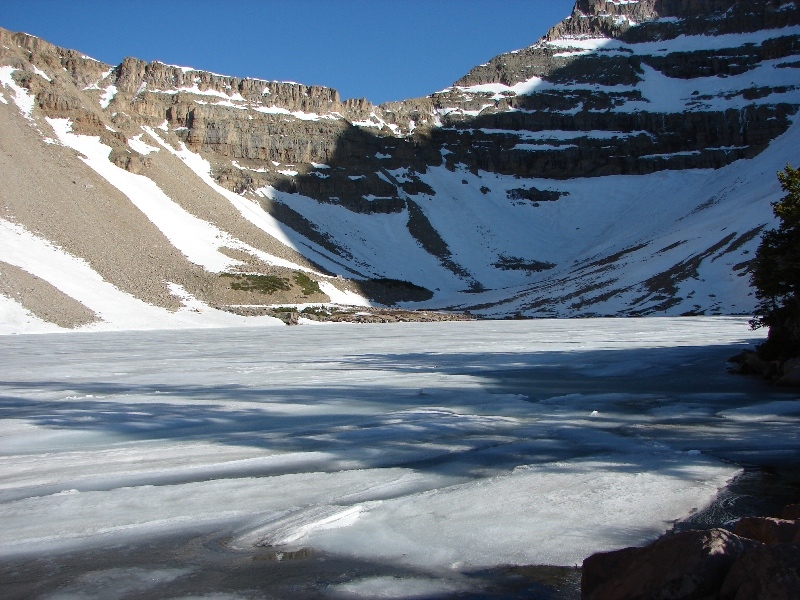 The weekend of 9 Jun 07, Tracy and I finally headed out for our first mountain trip of the year.  Even though it had actually snowed in the Wasatch a few days earlier, I was sick and tired of winter, and I was bound and determined to get into the mountains.  Amethyst Basin was a last minute decision, because you have to pay $3 to park, and we all know how much I hate paying to hike.  But this was early in the season, and I figured this might be my only chance to hike the trail without lots of other people.  We tried to buy one of the new America the Beautiful passes, but the Forest Service still isn’t selling them.  Although, they are at least honoring them.  But we got to the trailhead and there were only two cars…ahh, how nice!  One of the cars left before we started…ahh, how nice!  Those backpackers said they had gone up to Amethyst but it was still frozen over.  We also saw our first moose before we started the trail…we would see EIGHT of them before the weekend was over.

We passed the second group on their way out within the first mile, and now we had the trail to ourselves…we didn’t see another person for the rest of the weekend….ahhh, perfect!  The first few miles follow the river, and are flat and beautifully green.  It reminded us of Colorado, and we were happy.  After that, the trail turns to the left and climbs steeply up to the cirque.  We hit snow around 10,000 feet, but it was only patchy.  At about 10,200, the snow was more frequent, and the trail became pretty swampy.  We couldn’t stay out of the water, but we didn’t really get very wet, either.  We made it to the beginning of the basin, and Tracy wasn’t feeling well so we stopped at a beautiful spot at the mouth of the basin and set up camp.  It really was a beautiful view of the surrounding glacial cirque peaks.  I decided to continue hiking up to Amethyst Lake while Tracy stayed at camp.  The remaining mile up to the lake was pretty tough.  At about 10,300, the snow got deeper and more frequent, and before I was done, I was pretty much post-holing in 3 feet of snow.  It took me an hour to get the last mile to the top.  I had told Tracy that I wouldn’t be longer than 2 hours, so I only spent a couple of minutes at the lake, and then hurried back down the mountain to be sure she didn’t try to look for me.  The odd thing was the guys we met at the trailhead said the trail faded out, the snow wasn’t bad, and the lake was frozen.  Well, I didn’t have any problem finding the trail when the snow wasn’t covering it, the snow was definitely worth mentioning, and I didn’t find any tracks at all anywhere above 10,000 feet.  But the lake was frozen over.  I don’t know if they hiked 2 miles cross country up the basin, although that would have been tough, or if they never made it and just guessed the lake was frozen, or they went to a different lake.  It would surprise me to learn they actually made it to Amethyst, because I didn’t see any other tracks anywhere in the snow at the lake.  But Amethyst was pretty.  I did feel like our campsite at the mouth of the basin was prettier, though, because it had a better overall view of the cirque.  I made it back to camp with 20 minutes to spare, and Tracy was sound asleep.  We hiked out the next day, saw all kinds of moose, including four together, and we had the trail completely to ourselves.  It did get cold at night, but we had expected that, and we were fine.  This was a great trail, and it’s only a couple of hours from the house.  We’ll have to see how crowded it gets in the summer, because it was fun seeing eight moose! 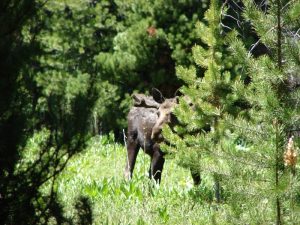 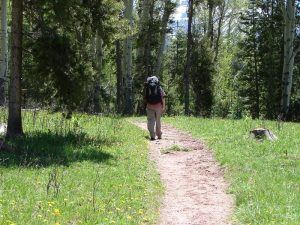 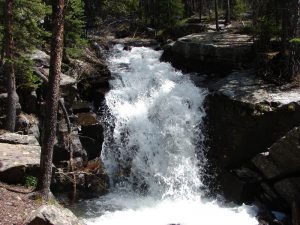 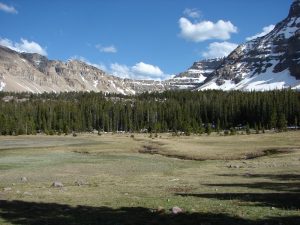 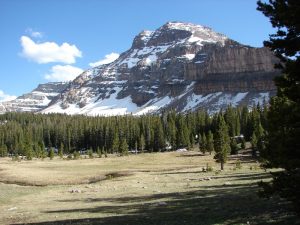 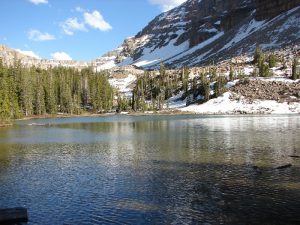 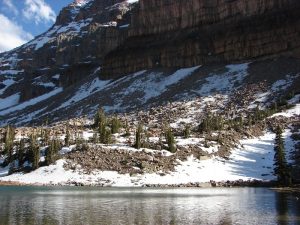 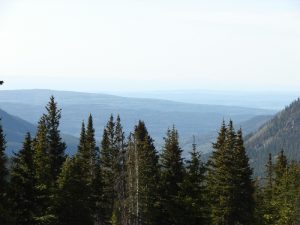 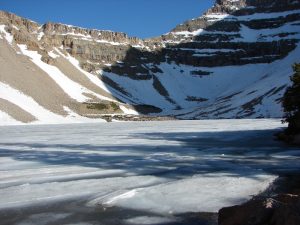 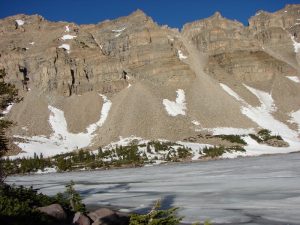 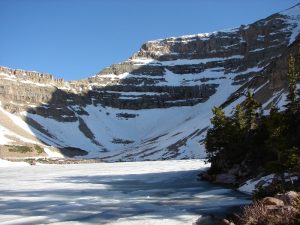 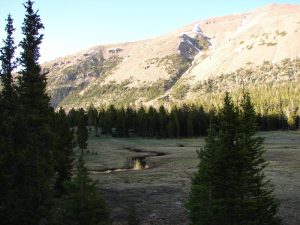 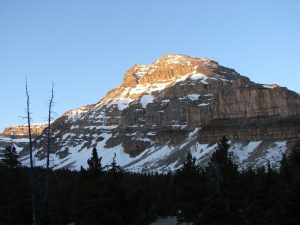 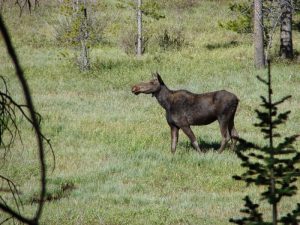 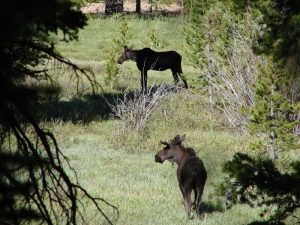 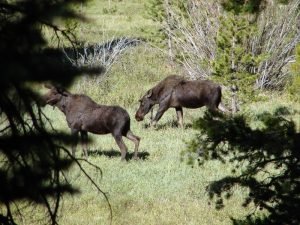 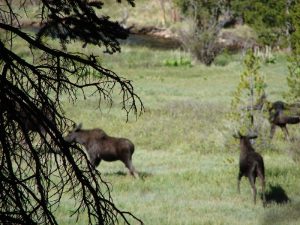 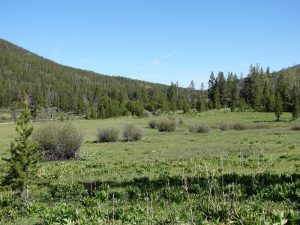 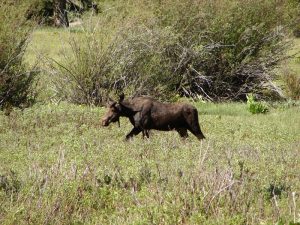 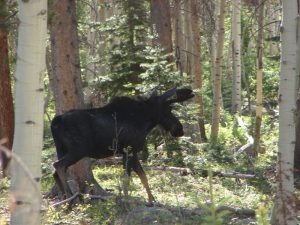 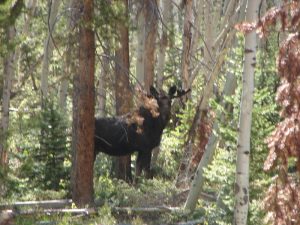