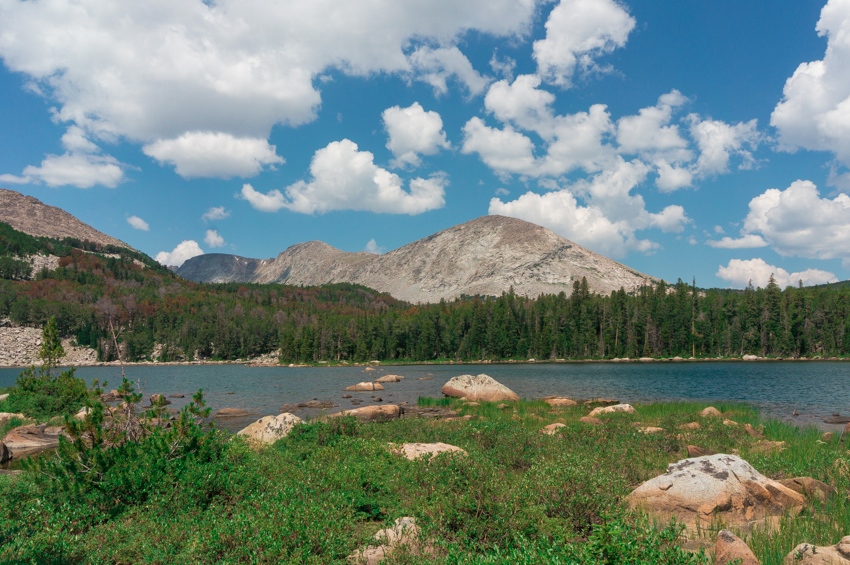 On July 25, 2013, I took a long weekend trip to Atlantic Canyon in the southern Winds with some friends. I met Nick at his house on Thursday, and then we headed up to the Winds. We met Nate at Louis Lake, where we camped for the night. We got up on Friday morning and drove out to hit the trailhead near Fiddlers Lake. The hike up to the Silas Creek Trail was fairly flat and straightforward. When we reached Silas, though, we had to decide what to do. We planned to make our way to Windy Lake in Atlantic Canyon, but we hadn’t quite decided how to get there. From the intersection, we decided to head up Silas Canyon, and then cut cross country to Tomahawk Lake and Calvert Lake. Once at Tomahawk Lake, we were able to piece together an informal trail that made its way to Calvert Lake. The trail wasn’t too hard to follow, but there was a good climb out of Tomahawk, and we saw some good bear scat on the trail.

Once at Calvert, we decided to make camp there for the night. Nick then taught me a little bit about fly fishing with a Tenkara rod, and I had a little success, catching some small brook trout. We fished for awhile, and then I decided I wanted to hike across the big boulder field above Calvert to get to the upper Calvert Lake. Nick and Nate were going to go with me, but then decided they would stay in camp because it looked like rain was coming in. I made it across the boulder field without breaking anything, but the upper Calvert Lake wasn’t anything special. On the way back through the boulders, a good downpour moved in. I took some shelter in a couple of trees and just waited for the storm to pass. I was less than 100 yards from camp, but the rain just made the boulders as slick as ice, so I had to wait for them to dry a little. After the rain stopped and it dried out a bit, I slowly picked my way back to camp. The weather the rest of the night was good, but the fishing died off, and we just had a nice night.

On Saturday we headed out to find our way down to Atlantic Lake. I had scouted a trail outside of camp the night before, but this informal trail was harder to follow than the one the day before. We continually lost and re-found the trail, before finally losing it altogether as we dropped off the ridge into Atlantic Canyon. After just threading our way through the rocks, we reached Atlantic Lake and started up canyon towards Windy Lake. At the back end of Atlantic Lake, we again mostly lost the trail and ended up climbing all the way back up onto the ridge we had just descended. I don’t know that we could have stayed up top or if the cliffs would have kept us from finding our way, but it might have been possible to stay up high.

Once back on the top of the ridge, we found the trail again and made our way up to Windy Lake. The sky had been gray all day, and started to get worse as we reached the cirque. Soon after arriving, Windy earned its name, as it got rainy and windy. We couldn’t find a good, sheltered site at Windy, so we dropped down below the lake a little and set up camp around some trees just below the lake.

I set my tent up that afternoon in a small meadow that had holes all over the ground. I didn’t know what had made the holes, but I wasn’t too worried about it. Then we went to bed, and, as always, I left my pack in the foyer of the tent. After just a couple of minutes in the tent, I heard something scurrying around outside the tent. I laid there for a minute, and then decided that it could be a mouse, so maybe I should bring my pack into the tent with me. So I unzipped the door and pulled the pack in with me. I zipped the door back up, then thought, “I hope that whatever that was hadn’t already climbed into my pack.” So I looked over to my pack, and, sure enough, there was some small gray animal just staring at me.

I didn’t know what it was, and I wasn’t going to leave it in the tent long enough to figure it out. So I unzipped the door and put my hand behind the animal and pushed it towards the door. It hit the bathtub floor in front of the door, bounced off, and disappeared into the tent.

I then told Nick what had happened, and I think he did everything he could not to laugh at me. I got out of the tent and started pulling everything out and piling it on a boulder. Luckily it had stopped raining. I got everything out and I still didn’t see the critter. I then went through all of my stuff and still didn’t see it. This was worse…now I didn’t know what had happened to it. I then stuck my head into the tent and started looking around. That was when I saw it: in the very front left corner of the tent was a terrified little pika. The thing was just shaking, and I felt sorry for it. I still didn’t know if it would bite me, though, so I grabbed the only thing still in the tent: my bear spray. I used the bear spray canister to push the pika to the door and then up over the bathtub floor and out of the tent. It promptly ran towards the boulder where all of my gear was and tried to climb up the boulder. I had to dissuade him from doing that, too.

The funniest part about the whole thing was that the only time I’ve ever used my bear spray was on a tiny pika.

The next day dawned with better weather, and we began the hike back out. Once on the opposite side of Atlantic Lake, we opted for the main trail, even though it was a longer route. There was possibly a shorter informal trail, but we didn’t immediately find it, and the book said it was tough. The little part of the road that we saw around Christina Lake looked crazy, and it would be a really hard 4×4 road. I enjoyed the trail from Christina Lake to Silas Creek, as it went through some really pretty forests before leading back to the trailhead.

This hike was really nice. I enjoyed the route-finding through informal trail areas, and I enjoyed seeing almost no other people. I had a good time on my first trip with Nick and Nate, and I don’t think any of us wanted to kill anyone else, so we had a great trip. As always, I love the Winds…you just can’t go wrong in the Winds. 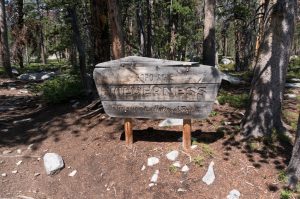 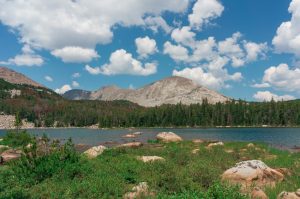 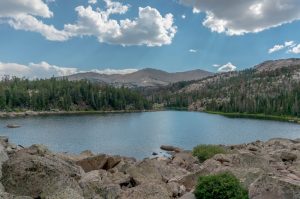 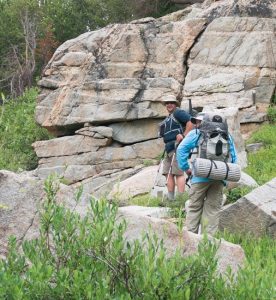 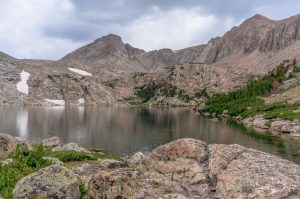 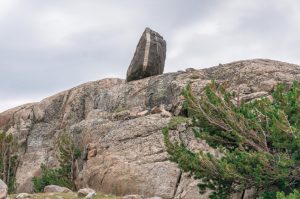 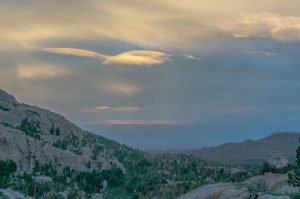 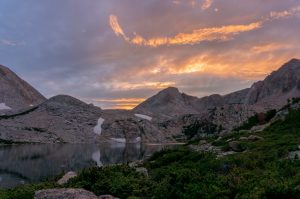 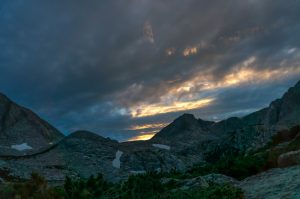 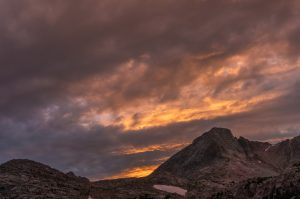 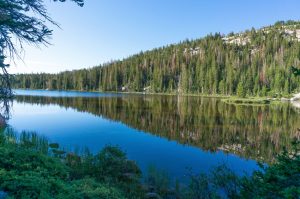 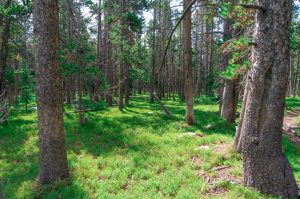 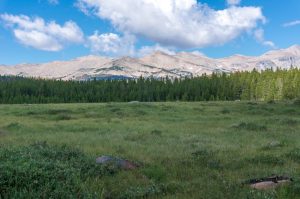