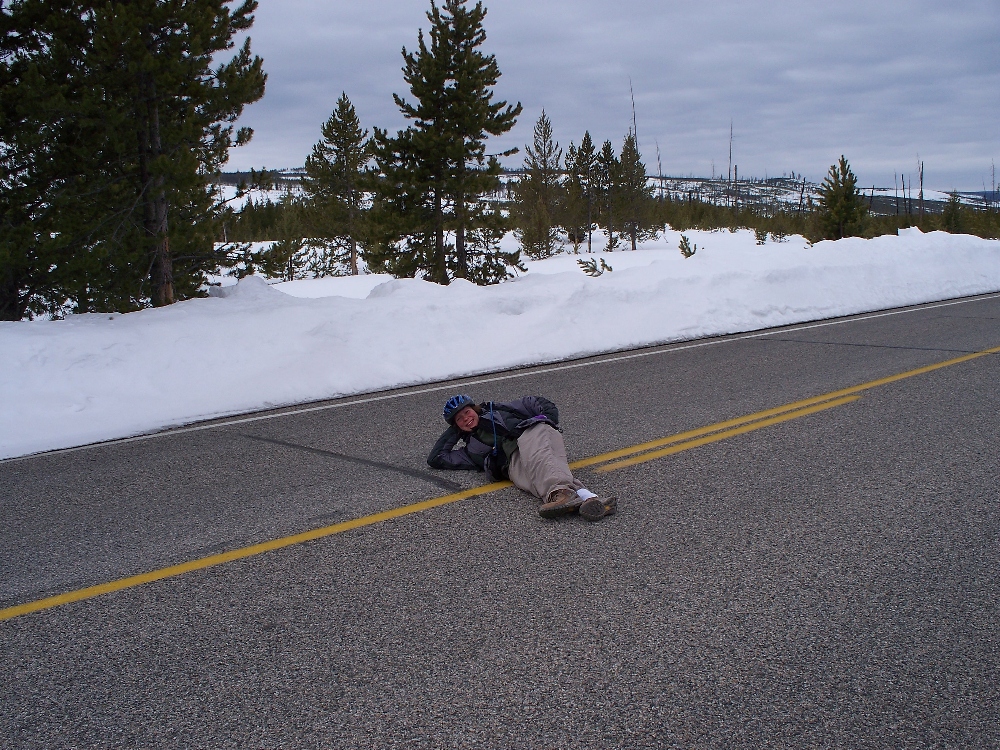 Twice a year several of the roads in Yellowstone are open only to bicycles. In April, after they close the roads to snowmobiles to begin plowing the roads, and before they open the roads to cars, you can ride a bike on several of the roads in the park. This sounded pretty cool, so on the weekend of April 11, 2008, Tracy and I went to see just how cool it really was. We drove to West Yellowstone on Friday, and that was the quietest we had ever seen that town…no tourists…ahh, it was so nice. We got up early on Saturday and rode from the hotel on our mountain bikes into the park. The first thing we ran into about a mile into the park was a park ranger who told us to be careful because a bison had just given birth in the middle of the road and she didn’t think the mom would make it much longer, but she didn’t know if the bison would try to protect its calf. We rounded the corner, and, sure enough, there was a newborn bison calf right in the middle of the road, complete with placenta and all. The cow was standing on the side of the road and she looked pretty bad. We basically just got a good running start and flew by her fast. She didn’t move at all.

We kept going and just had a really good ride. Since we started early, it was still pretty cold, and there was no one out there. I expected it to be desolate, so I wasn’t surprised not to see people. I was surprised that we actually saw several cars. At first I thought they were people who had just driven around the road closed barriers to drive through the park. Later, though, I decided they were probably seasonal park employees or volunteers heading into the park, since the road was scheduled to open just five days later. I don’t know which they were, but I hope they were supposed to be there.

As it got later in the day and warmer, more bicyclists showed up. By the end of the day it had gotten downright crowded. That was pretty surprising. It wasn’t bumper to bumper bikes, but we were seeing other bicyclists about every 5 to 10 minutes. And most of them seemed to be having an easier time with it than we were!

We rode all the way to Madison Junction, and then headed about 3 miles north of Madison before deciding we needed to turn around. Along the way we saw lots of bison, swans, a bald eagle, ducks, and elk. The weather was perfect in the afternoon and we got pretty sunburned. We ended up doing a total of about 32 miles and finished around 5 pm. We were very sore in the saddle area because we hadn’t ridden our bikes in over a year, but we had a great time. Tracy decided it was her second hardest trip to-date, with the leader still being the climb up to the Harding Icefield in Alaska. I felt pretty good, but I was going considerably slower than the people who regularly passed me.

We were too sore to do any riding on Sunday, so we just drove around and explored some new roads between Yellowstone and the Tetons. We couldn’t do many roads because the snow was still too bad.

Biking Yellowstone is definitely a great trip. It’s better to go earlier in the day, because it’s just cool to have a park like Yellowstone all to yourself (notice the picture of Tracy lying in the middle of a normally busy road). We might try it again in the fall when they do it again. And these pictures are all Tracy’s because the batteries in my camera froze and refused to get warm… 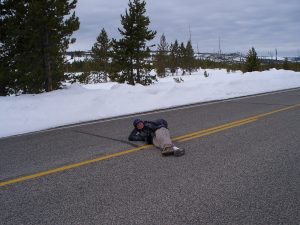 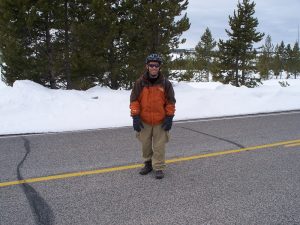 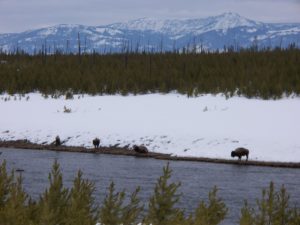 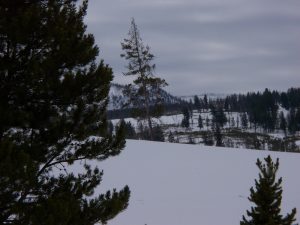 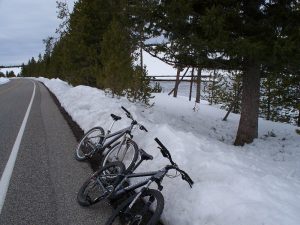 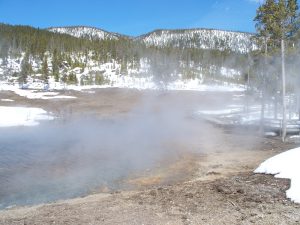 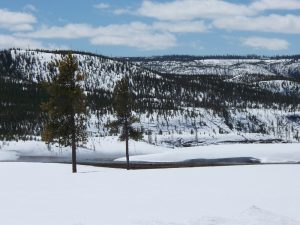 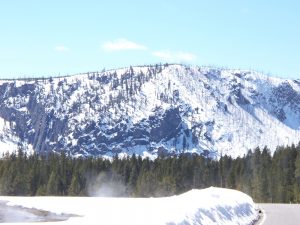 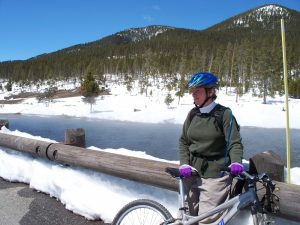 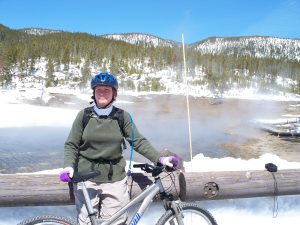 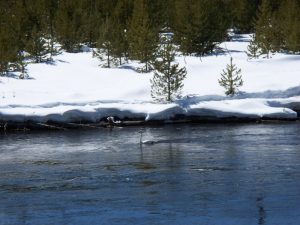 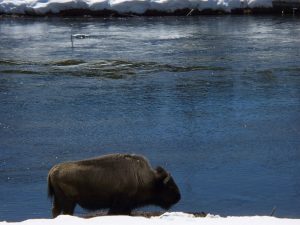