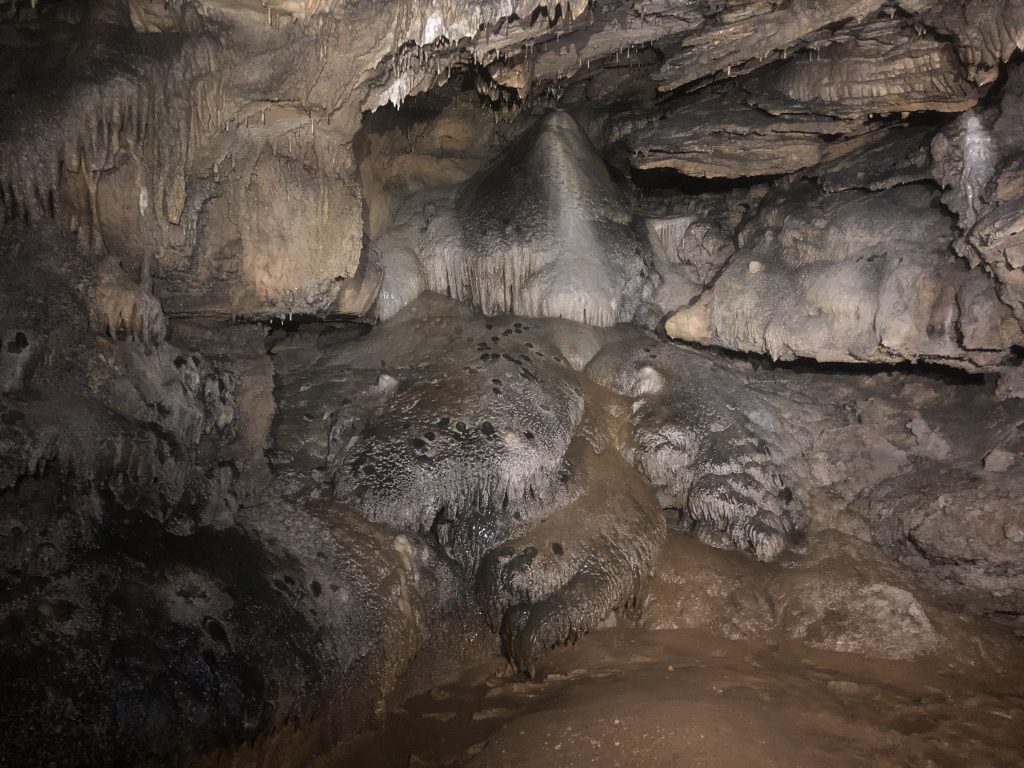 On January 1, 2019, we rung in the New Year with Tommy and Jenny and a few other people with a trip to Eudy Cave, AL.  I had been to Eudy once with the Grotto, but it had been almost four years earlier, and I remembered nothing about it.  Like the entire winter of 2019, it had been raining a lot, so everything was wet.  We had to cross a large pasture, and it was a muddy, swampy mess.  Then we had to cross a normally small stream that was a raging river.  I found a way across that involved scurrying across a couple of downed trees, but everyone else took a long way through the pastures to an old bridge.  As I waited for them at the cave, I saw a large snake, that I believe was a copperhead, in a pool right at the cave entrance.  He didn’t hang around long, though, and he was gone by the time the rest of the group arrived.

This cave has multiple entrances right next to each other, and they each lead into the maze of Eudy.  There is a large pool of water right inside, but it can be bypassed by threading around through the maze passages on the left.  It was fun to get into the maze and spend time by myself learning how to keep my sense of direction while twisting and turning through a multitude of tight passages.  I’ve been in maze caves before, but I hadn’t really spent any time learning how to keep my sense of direction.

We saw three large bats in one room that were the largest bats I’d ever seen.  They looked like it might have been a mother with two babies, but the babies were pretty big, and I’m not sure it was the right time of the year for that, so we weren’t sure what they were doing.

We made the long crawl on the passage on the right side of the cave, but it doesn’t really lead to anything great, so I probably won’t do that crawl again.  The passage branching away on the left is in the stream, and was prettier, with a couple of interesting formations.

This is an interesting cave, but it has been abused, and it needs some TLC to clean up trash and graffiti.  That might need to be a project for the Grotto in the near future. 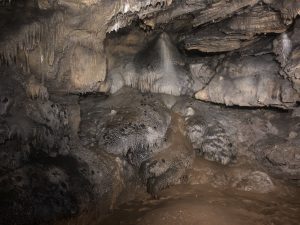 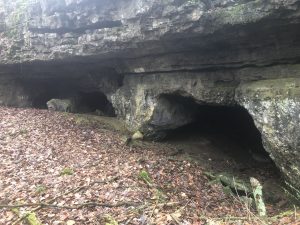 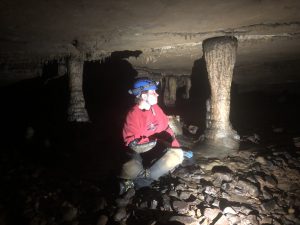 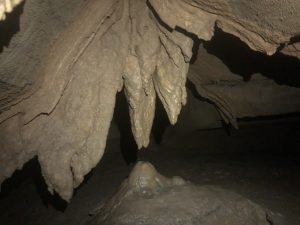 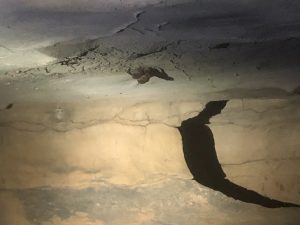 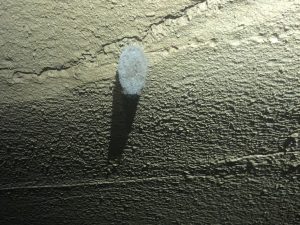 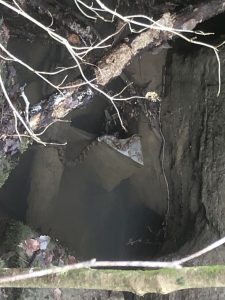 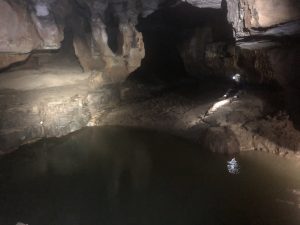 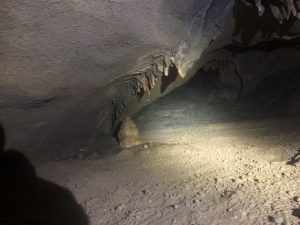