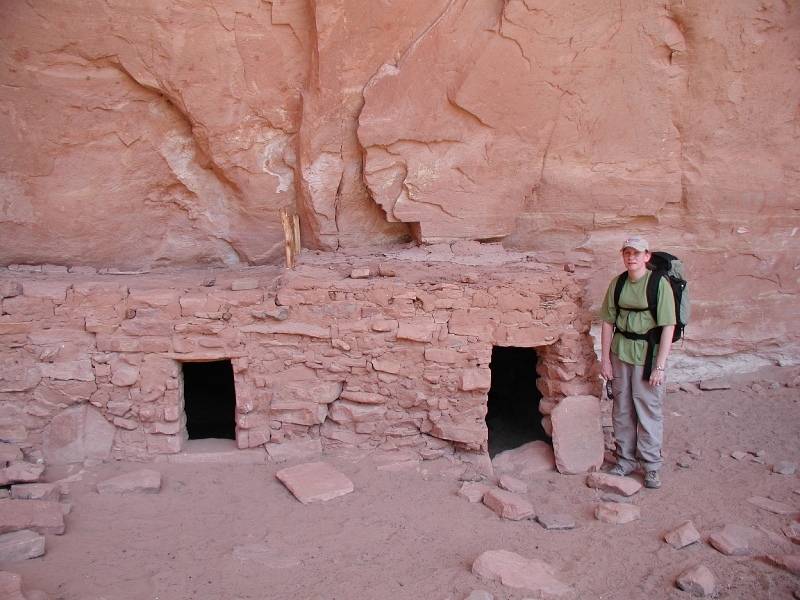 On April 29, 2006, Tracy and I hiked the Grand Gulch Trail in south-eastern Utah. The trail is on BLM land near Natural Bridges National Monument. We started at the ranger station, where you have to pay $2 per person, and hiked down the Kane Gulch Trail to Grand Gulch. We then went about a mile and half south down Grand Gulch. We checked out the Turkey Pen Ruins and Stimper Arch. The highlight in Grand Gulch is the high concentration of Anasazi ruins. We saw ruins at the Kane and Grand Gulch junction, and then about a half mile down Grand Gulch at the Turkey Pen Ruins. The ruins were really neat. It was interesting thinking about people living here, and looking out over the canyon from their ledge at what they would have seen. The Kane Gulch Trail is about 4 miles down to Grand Gulch, and then it’s about half a mile to Turkey Pen Ruins, and then another half a mile to Stimper Arch. We did about 11 miles that day. We were going to backpack, but we just kind of decided we didn’t really like desert camping. Maybe it will grow on us, but for now the desert is really cool for short time periods…if we spend too much time there it just gets old. Who knows… The trail only loses and then gains about 600 feet, so except for the desert sun, it’s a nice hike. 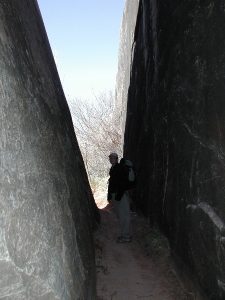 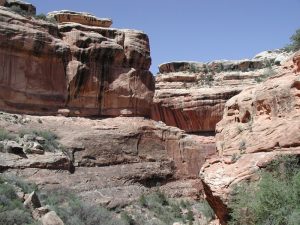 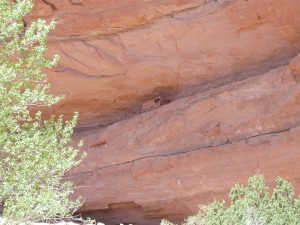 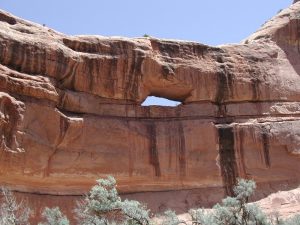 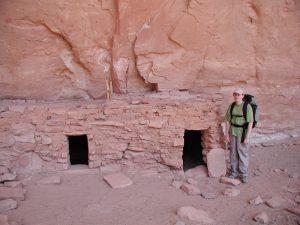 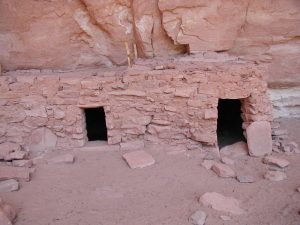 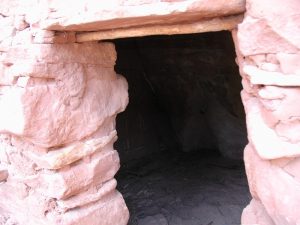 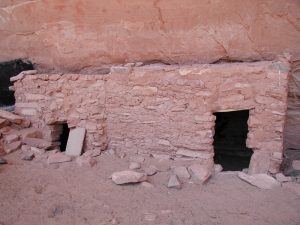 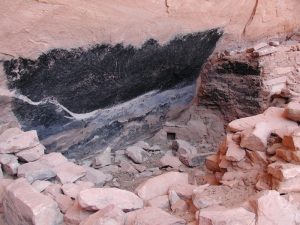 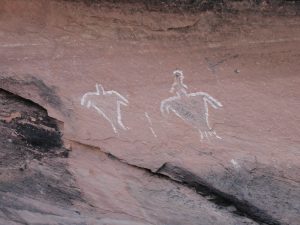 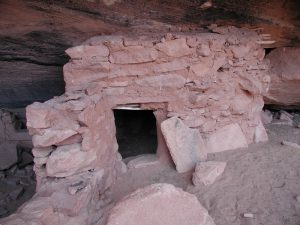 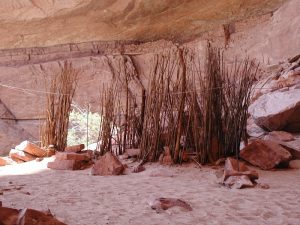 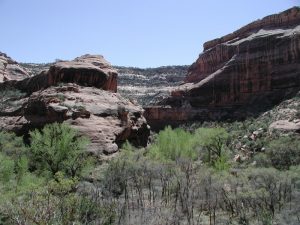 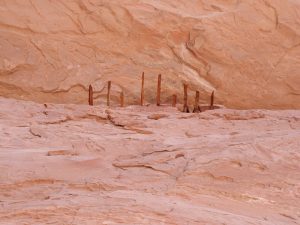 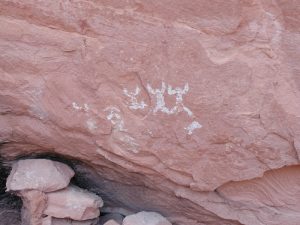