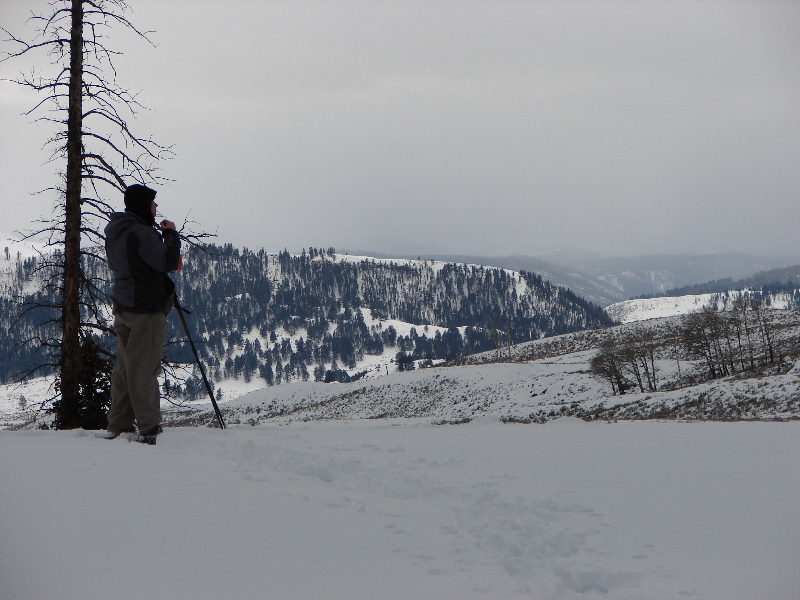 Over the long President’s Day weekend of February 17, 2007, Tracy and I decided to head back to Yellowstone to try our luck at seeing the wolves again. Since Yellowstone only has one entrance open in the winter, it’s a long seven hour drive from Salt Lake up to Gardiner, MT. We spent Friday night in West Yellowstone and then drove through the park a couple of times on Saturday. We got some good pictures of Bighorn Sheep, Bison, and a coyote. We didn’t see any wolves, but I did hear one howling from the Lamar River trailhead around dusk on Saturday. That was the first wolf howl I had ever heard, and it was awesome.

We got a backcountry permit on Saturday to hike the Slough Creek trail on Sunday and camp Sunday night. We stayed in Cooke City on Saturday night, and Tracy finally declared that the city scared her because of all of the male snowmobilers overloaded on testosterone. But we got up Sunday morning and started snowshoeing on Slough Creek.

On our way in, about 11 am, we heard a distant wolf chorus from the west. They were probably a couple of miles away, and we could barely hear them, but it was incredible. I assumed it was the Agate pack. But when they stopped, I started to say something about how far away they were, when suddenly another chorus erupted on the ridge right next to us. I assume it was the Slough Creek pack responding to the Agates, but they were close and loud, and that was truly amazing. They howled for a good minute, and we just stood there spellbound. We tried to see them, but we weren’t able to find them. After they stopped, we continued hiking to the Slough Creek campground, where we had the campground to ourselves. We found a site that had a large evergreen above it, so there was no snow immediately under the tree. That was nice. We set up camp, changed clothes out of our wet clothes, tried snowshoeing around a little, gave up, and came back to camp. We read for a while, napped for a while, ate dinner, then gave up and decided we were bored and cold and wanted to leave! We suck at winter backpacking! This is 0 for 2. We pretty much just decided that we don’t like snow camping. It’s too hard, it’s too boring, and it’s too cold. We’re just going to stick to day hiking and desert hiking in the winter.

So as we were packing up about dusk, a lone wolf started howling on the ridge just behind the campground. We sat there and listened to him for about 30 minutes, and he was still howling when we left. We started snowshoeing back to the car at dusk. Soon after leaving we heard a faint wolf chorus on the opposite side of the Little America valley. I couldn’t decide if it was the Agates that had moved further east, or if the Druids had worked their way over. I thought the Sloughs might have also crossed the road while we were in camp. But then a few minutes later the Sloughs started up again from the same ridge where they had been seven hours earlier. It was getting dark by then, so it was cool to listen to them howl in the dark. It got good and dark on us about halfway back, and we came up on a couple of herds of bison along the way. We made it back uneventfully, but it was snowing pretty good by the time we got back, so we headed back to Gardiner for the night.

On Monday we took a leisurely route through Montana to get back home. This trip did make us conclude that we don’t like snow camping, and we’ve probably exhausted our winter enjoyment of Yellowstone, but it was awesome to have had so many experiences with the wolf howls. I certainly agree that hearing wolves howl in chorus and as solos in the backcountry is one of the most amazing wilderness experiences. 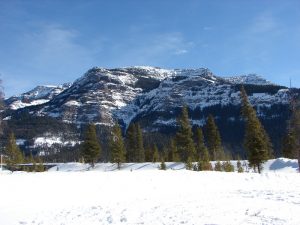 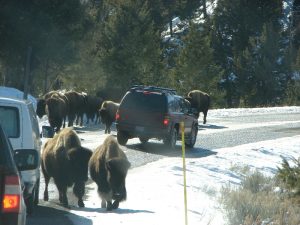 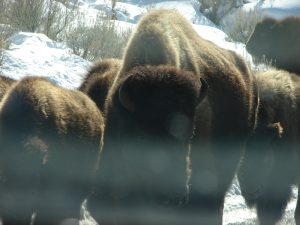 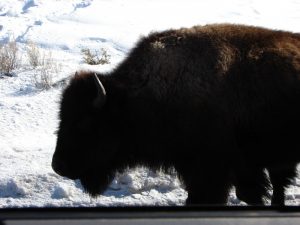 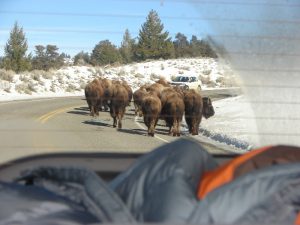 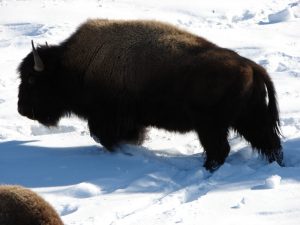 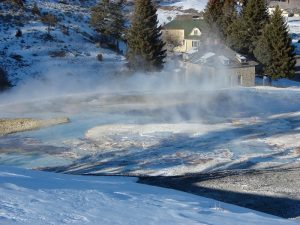 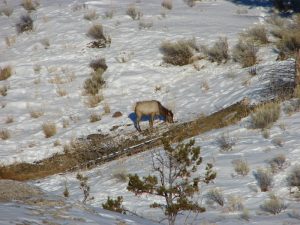 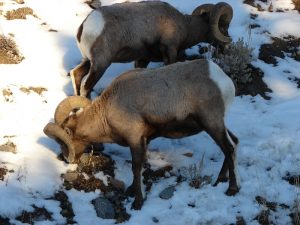 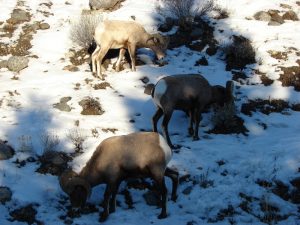 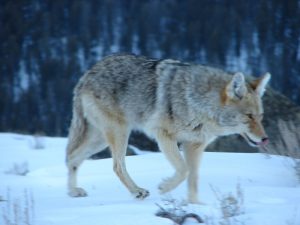 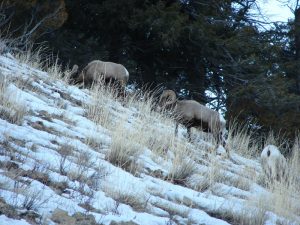 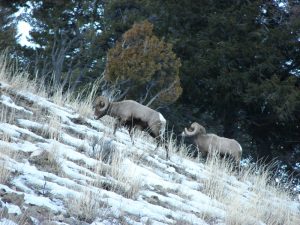 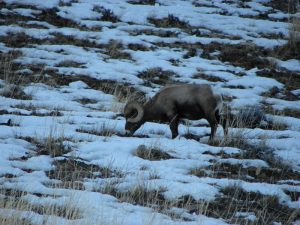 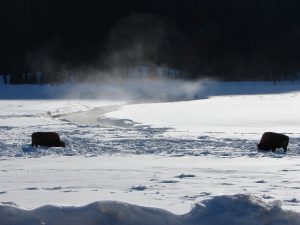 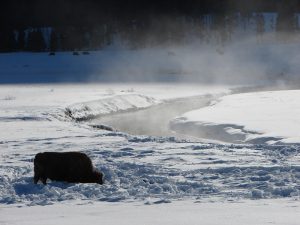 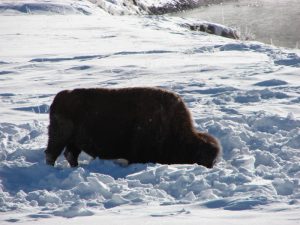 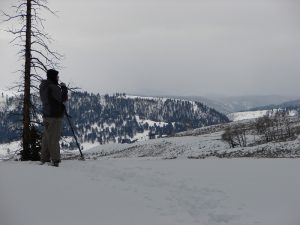 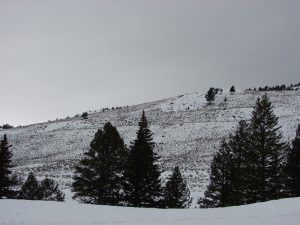 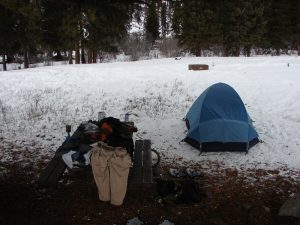 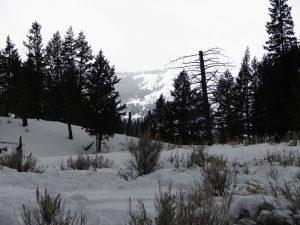 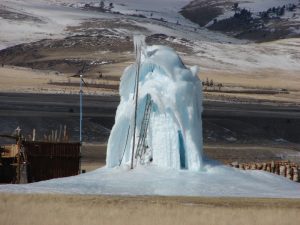