The weekend of August 30, 2013, Tracy and I went exploring in the northern Winds and spent a day hiking at Gunsight Pass. We had intended to spend the long Labor Day weekend hiking to Temple Lake from the Big Sandy Trailhead in the southern Winds. That was a horrible idea. We spent Friday night in Rock Springs, WY, and then drove all the way to Big Sandy. I expected the trailhead to be crowded, but I was not prepared for how crowded. It was a madhouse. I figured most of the people were going to Cirque of the Towers, but I still didn’t feel like dealing with it. Even Tracy thought it was too crowded. So we turned the truck around and headed out. I decided to go explore more of the Union Pass area above Green River Lakes. So we drove up the road and hiked around just below Union Pass. We then decided to keep driving on the road above the Forest Service work camp near the South Fork of Fish Creek. We ended up driving the rough road until just a mile or so from Gunsight Pass. We decided to stop in a meadow for the night to camp and did some walking on the roads around the camp.

The next morning, we got up and continued the drive up to Gunsight Pass. The 4×4 road made it all the way to the Pass, where there were absolutely incredible views of the Gros Ventre Mountains, Absaroka Mountains, Teton Range, Wind River Range, and Green River Lakes. Despite hazy skies from forest fires, this was one of my favorite views from somewhere I had driven to in the backcountry. It was an absolutely spectacular view.

We then decided to hike down to Gunsight Pass and hike down to Roaring Fork on the Continental Divide Trail. We had tried to hike up Roaring Fork over the July 4th weekend, but had been turned back by weather. This trail was above the valley, but I thought it would be nice to check it out. The trail descended steeply for several miles, making a steep descent from the pass down into the trees, before beginning a long contour above the valley. I had really wanted to drop down into Roaring Fork earlier than the trail did, as we spent a couple of miles just paralleling the valley from the side of the mountain. Once we reached the bottom, the valley that had been very open further down, was now mostly wooded. That’s not what I wanted. We hiked along the valley for a while, but there were no views of the head of the valley where the mountains rose up. After another mile or so, we decided to head back up to the Pass. The climb up was long and steep, but it wasn’t too bad. It probably wouldn’t be fun with a full pack on, though.

After leaving the trail, we made the long drive back down to Union Pass Road, and then drove down into Dubois for the night. We explored around East Fork Basin and checked out a forest fire burning just outside of town. On Monday, we drove back through the Tetons and made our way back home.

The views at Gunsight Pass made the whole weekend worth it. We didn’t see a soul out there, and I enjoyed it much more than I would have enjoyed an overcrowded Temple Lake. We may still try Roaring Fork again, but we’ll probably try it from the Green River side. The drive up to Gunsight Pass was just too long and slow, and the hike down from the Pass was too steep to be worth the trouble. 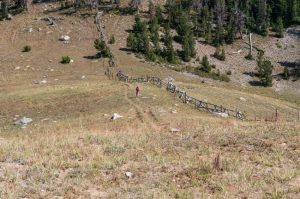 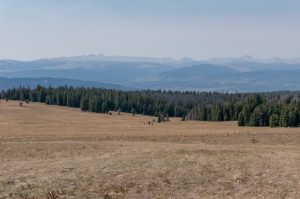 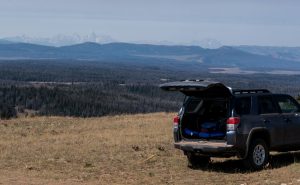 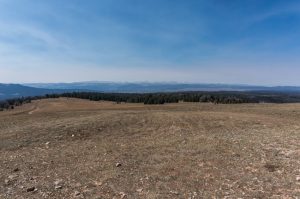 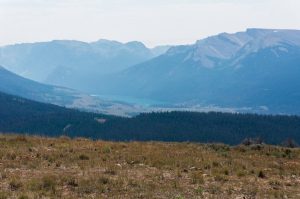 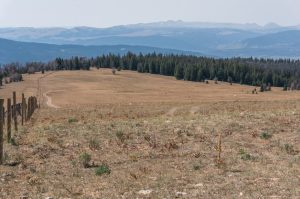 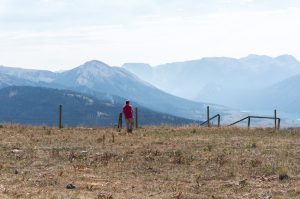 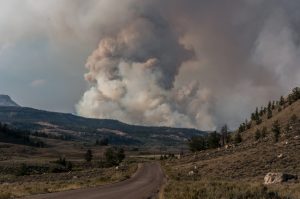