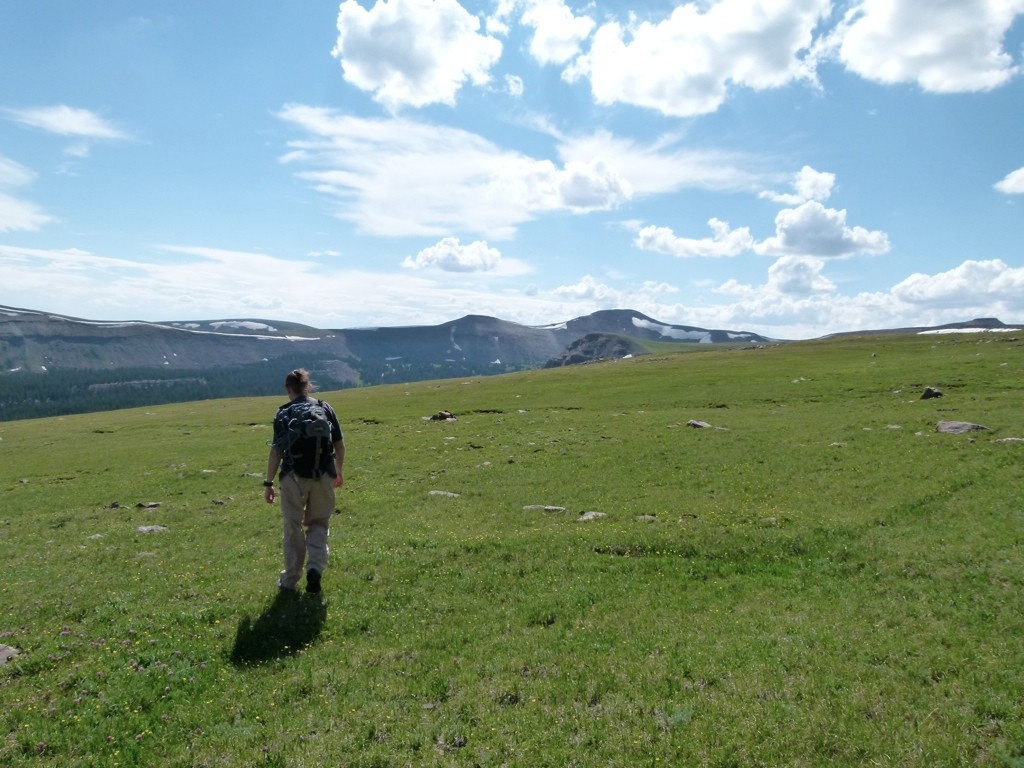 The weekend of July 29, 2011, Tracy and I stayed at the Carter Military Trail Yurt in the eastern Uintas.  We stayed in Vernal on Friday night and then we headed up into the mountains on Saturday.  The weather was great, so we decided to hike on the Highline Trail around Leidy Peak.  We’ve hiked here a couple of times, but I had gotten it into my head that you could access the trails behind the mountain faster by going cross country around the east side of the mountain rather than taking the trail around the west side.  The last time we tried to hike the trails behind the mountain we were stopped by a steep snow field that dropped over a cliff…remember that because it’ll come back up.

But this time we started cross country on the east side of the mountain.  That was really nice.  The first part of the hike was through some sparse trees, but after an hour or so we climbed up on a shoulder of the mountain and got above treeline.  We were up on a grassy plateau behind the mountain and it was just really pretty.  It was also easy hiking, so we just worked our way around the mountain.  While it was really nice, I was wrong about it being closer to the trails on the back side.  But that was okay because the hiking was easy.  Eventually, we made it to the trails, and I had to spend a few minutes hunched over the map trying to get my bearings…for some reason, the trails just really confused me.  I eventually got my bearings, and we hiked a little towards Gabbro Pass, where we had tried to hike the year before.  It was really nice out there, but it started to get late and we still had quite a way to hike back on the trail back to the car, so we started back.

We started back down the trail and I was reminded how long the hike really was…Leidy Peak is really a pretty big mountain.  Well, after a while we made it to where we were stopped by the snow field the year before.  The bad news: the snow field was still there this year at the end of July.  The worse news: because of our cross-country adventure, this time the snow field was between us and the car.  We may have been able to cross the snow, but it led straight down to the edge of a huge cliff, so any mistake would have bad consequences, so I just didn’t have the guts.  But rather than turn around for a four hour hike back around the mountain, we just climbed the steep slope to get above and around the snow field.  It wasn’t easy, but we made it up and over, and then cut cross-country to cut off a loop in the trail.

We spent that night at the yurt and then hiked around a little on Sunday before heading back home.  I really like the Leidy Peak area…the grassy plateaus are crazy pretty. 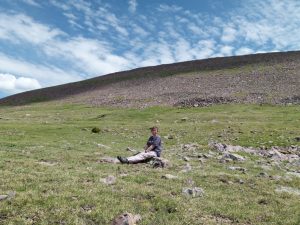 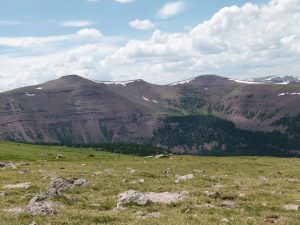 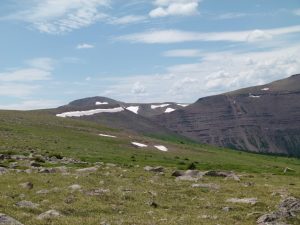 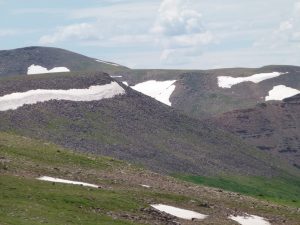 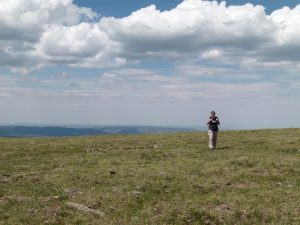 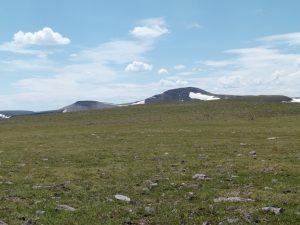 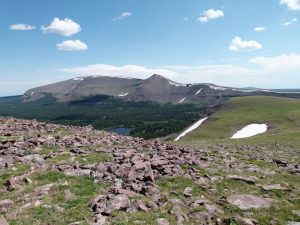 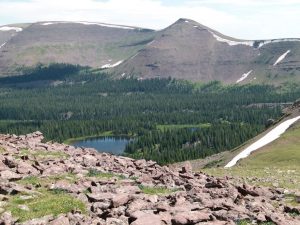 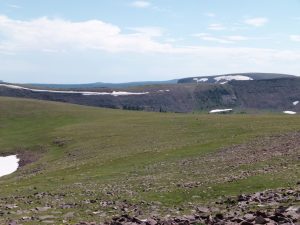 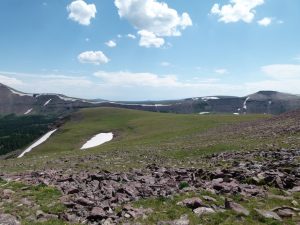 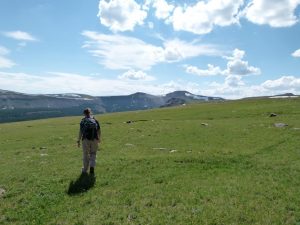 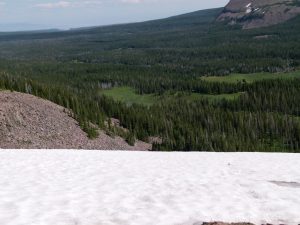 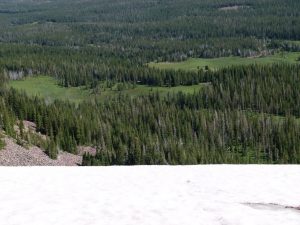 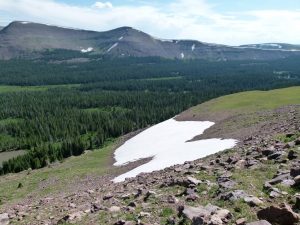 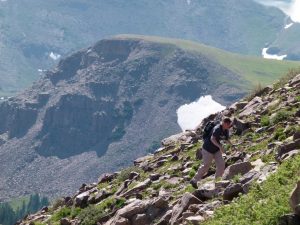 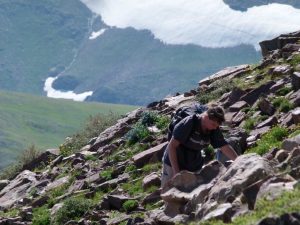